Any date for when this will be available?

I’ve got a project where we aren’t allowed on to a corporate lan.
We could use mifi but recurring cost and getting to work in every country in EU and Russia is a no go,

Bummer in USA it is cheap for Mifi. When you run out of MB, it slows down to 2G speeds. Perfect for Imp!

It’s likely mid 2014 - not soon - and as to whether it’ll have approvals for every country in the EU and Russia is also a question. Takes time to do cellular approvals.

You are likely better off buying a local mifi in each market (as it’ll be approved) and using the imp in the short term.

Available later in 2014, much more expensive than an imp (cellular chipsets are not cheap), and much bigger than an imp001 (chips bigger, antennas bigger, etc etc).

Not a drop-in replacement, apart from in software terms

Hugo, any word on the data plan / monthly pricing?

No, that’s very much a carrier decision I’m afraid

@bradydennis it depends most carriers have an m2m sim offering e.g. data only. But in my experience they are all geared for businesses. In the UK we’re just starting to see data only sims with low monthly transfers & cost but none of these are geared toward the maker end of the market e.g. your device is phone/tablet/mifi anything else and they choke…

In case when more than one imp is used (up to 8), available 4G/WiFi routers aren’t so expensive choice. Question is range - 100 m. Question is power for router (and imps).
There are several development boards for Arduino for this solution.
As Hugo mentioned, price will double or triple at least and never can be small sized…
Sometime solution is cheap Android smartphone with Hotspot enabled.
And… I’m not sure that integrating 4G in imp is really necessary. May be some option…

Are there any news about this topic?

No news. It’s not going to be 2014 due to other product developments, which will be announced hopefully by the end of the year.

@back_ache thanks I was going to use these guy they are cheap. They even do PAYG sims. Also do UK/EURO/Global sims. Rely helpful staff

i really hope these are released soon, i have code waiting for a marketable product.

May be ask Hugo to fund it from his NEST egg 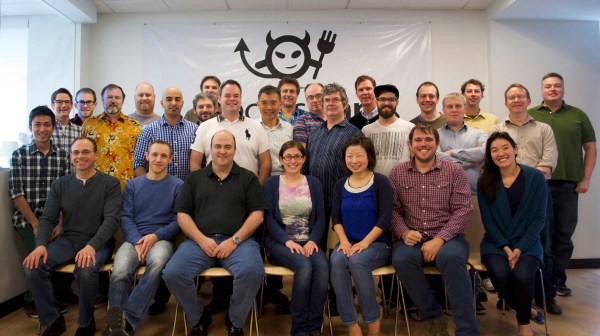 Electric Imp Raises $15M From Foxconn & Others To Make The Internet Of...

In the future it seems like every device we buy will be connected, enabling us to track and manage what's going on in our homes and offices wherever we are. But those devices need a platform for easily creating applications around. Electric Imp wants...

If it’s a large corporate deployment, you could consider the Cisco Wireless LAN Controller (WLC) or similar product from Aruba. The access points go anywhere in the corporate network and in addition to corporate wifi they also provide separate SSID’s for BYOD, sensors and the like. The BYOD and sensor SSID’s are tunneled through the corporate environment to the WLC and appear on a separate interface that can be outside of the corporate network. I’ve deployed quite a few WLC’s as they are an easy sell to the corporate world as there are so many other benefits such as rouge AP detection, being able to demo Electric IMP to the same corporations is a side benefit.