Create a Bulb for an artistic experiment

Ok, but i actually don’t know if i can built a bulb like this…
I think that my idea it’s quite clear now, now i need someone who do this for me…
Some few prototypes, i could pay…
It’s too difficult for me…
Found something similar here, but simpler. no need twitter searching, just being controlled by an app.

Twitter Mood Light - the World's Mood in a Box

Twitter Mood Light - the World's Mood in a Box: How's the world feeling right now? This box tells you. Powered by: an Arduino, a WiFly wireless module, an RGB LED, Twitter.com and a 9v battery. I’m a news junkie. I want to know everything that is...

I have a few more questions. What is the GPS for? Do you like my alternative to Blinkup? How big can I make the box? Can I use a bright LED? It can even change colors! You get to choose one each time it’s activated.

The GPS it could be used for locate the Bulb, i think it could be a cool gadget but not a must for me.
Obviulsy i’d like to know where my Light is!
Now imagine to throw a bottle in the ocean,with a message inside that could be only a light that someone turn on and off when he want (that person it would be me and me only), without your permission. That’s the focus of my idea.
If you mean, for the alternative of blinkup, that the bulb scan the wifi i think yes! i’d like.
For the battery, we could use also a usb port. i think that the box should be able to live in autonomy. Rechargable battery charged with usb.
The box: in my idea, once i have the bulb, i’d like to build a box in plexiglass. very simple. Maybe 30 cm x 30 cm. maybe black opaque. With maybe the jack for usb charging and nothing else. a simple and clean cube. Imagine the new mac pro but as a cube (but we must see the light inside, even if not necessary a light strong!)
Bright and coloured led yes. But then we also need an app for iphone, like Philips Hue with gesture for different colors. we could also put a vibration inside, but i did’t want too many tool for not consuming too much battery.
I found this: it’s very similar to may idea, with connection to wi fi, but in this case then i need a lamp… I only need the bulb already attached to his source of energy. 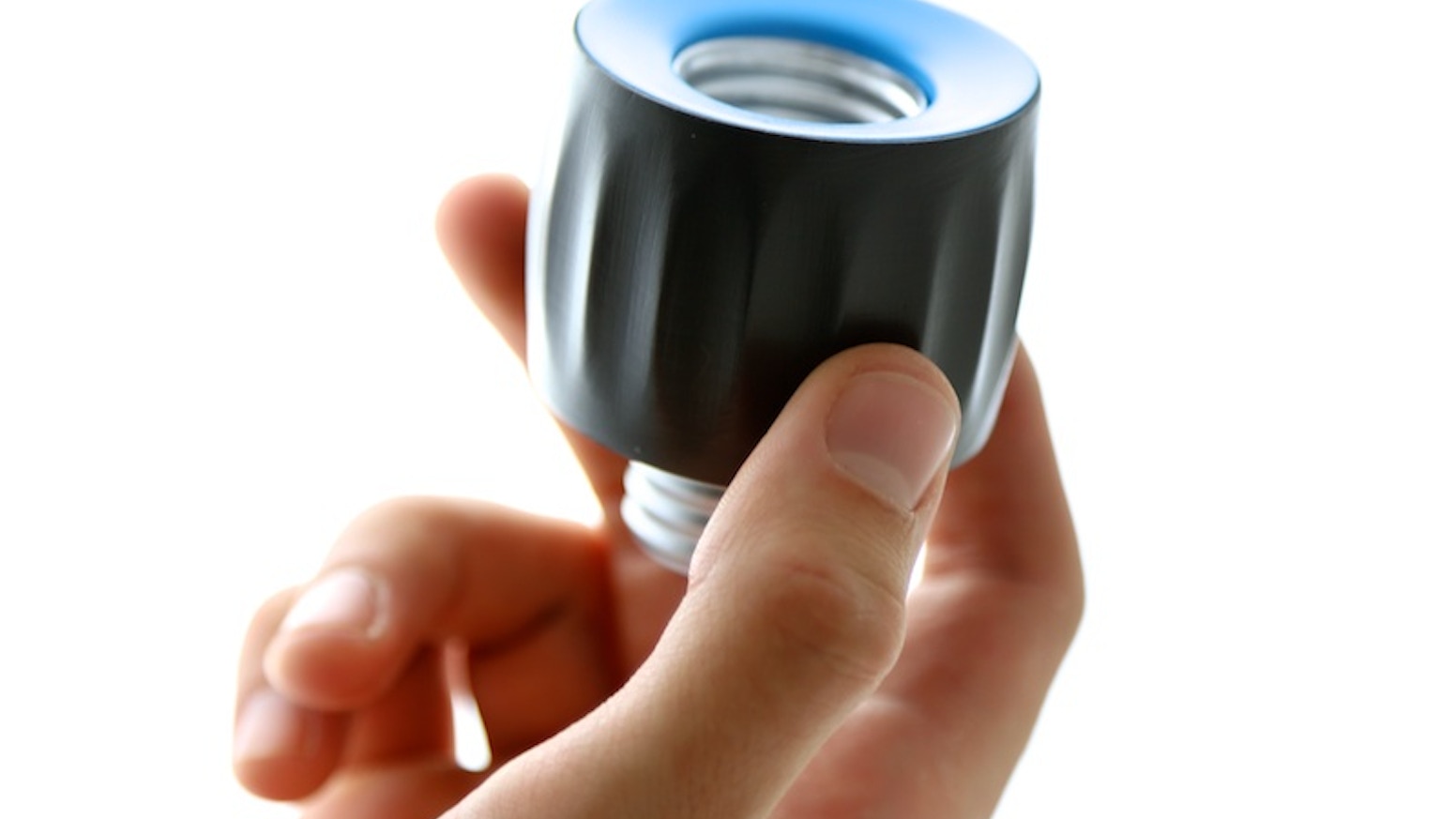 Spark: Upgrade your lights with Wi-Fi and apps

Spark is a simple product that connects your lights to the internet so you can control them from a smartphone, tablet, or computer.

And, the most important, is that once someone take the bulb to another wifi network, i can still manage the bulb once it’s connected with the new wifi.
because i think that the problem with similar bulbs controlled via cloud is that they work perfectly miles away, but only after you synchronized them in the same wifi network with your iphone… But how could i do that, if my bulb for example goes in rome and then in paris? i couldn’t control it anymore!
Ok, sorry for my bad english, i’m trying to make things clear for you!
If there are any question, just ask.
we could find a deal!

I feel at this point in time, the Imp is not going to work for your project … but … who’s to say what the Imp will be like in 12 months from now. Look at the revisions and improvements since July 2013. Maybe you need to prototype something right now using the Imp with the assumption that it won’t necessarily work until months from now. Build what you can, set it aside (table it for now), and move on to another project.

Why can’t the Imp work? Open network scanning is coming soon. How big is the box that holds the April, Imp and battery?

I have no rules for the box, i mean don’t have exact misures for it. not so much small, but no too much big!
maybe 10x10x10 inches, or what you can find.
Once the bulb is inside, the rest is only design for me.

How about a box below the bulb. With nothing around it?

Sounds cool! do you think it’s easier or better?

You have to put the Imp, battery, April, relay somewhere.

@dolf network scanning is in release 27. Just chasing down the final couple of strange bugs first… if you want to test it, let me know a mac address by PM and I’ll push it to you.

I found this project, seems similar to my idea but in this case you need a lamp. no battery as i would.

Spark: Upgrade your lights with Wi-Fi and apps

Spark is a simple product that connects your lights to the internet so you can control them from a smartphone, tablet, or computer.

Didn’t raised the funds on Kickstarter, but i found that they put open source… here

Hardware design for the Spark Socket. Contribute to particle-iot/socket development by creating an account on GitHub.

No good news for my artistic project?

What news are you waiting for?

I’d like to know, then, if it’s possible to have something similar to my idea…
I’m searching for alternatives, but there’s always something missing…
I know that for having all the tools i need i should build the bulb by myself, but i don’t have the skills…
So i’d like to know if there’s someone who could help me, maybe with a prototype… 8->