I’ve recently started to work in the new IDE, and I was wondering if there was an efficient way of moving old devices to the new platform.

I have ~140 devices I need to shift over and have currently been manually deleting them from the old models and then assigning them to the new device groups. When I tried to unassign and assign existing devices under old models to a device group in the new IDE, I would receive a “resource not found” error.

I would appreciate any tips that would expedite this process.

Later today, there will be an impCentral update which adds a migration wizard which I believe will help you move across devices.

It’s now available on impCentral. There are 2 locations you can initiate the process. Let us know if you have other questions!

Is it possible to just move specific devices to impCentral? Or do all the devices associated with a model have to be moved at once?

The migration wizard only allows you to migrate an entire model’s devices. Are the devices, you want to migrate, production or development? The way to move a specific development device to impCentral is either unassign it (as you suggested earlier), or assign it to a model and then migrate.

It seems only owner roles can migrate and not admins.

Does the wizard allow me to select one model (together with all its devices) to migrate at a time?

Can I select which product the model goes to?

Will the migrated model appears as a workspace in impCentral?

That’s correct because migration is a very important step and we want to make sure nobody else can do that besides the owner.

It seems only owner roles can migrate and not admins.

The Migration Wizard would prompt you for a Model that you want to migrate from, and then you can choose either a new Product or an existing Product as the destination of the code and/or devices. It would automatically create a workspace to contain your code/devices within that product.

If you have multiple Models in IDE that belong to the same product line. This is your chance to “consolidate” them (by migrating them into the same product). In the future, we will provide a feature to merge product but you should take take advantage of this opportunity now to keep your repository clean in impCentral.

Does the wizard allow me to select one model (together with all its devices) to migrate at a time?

Can I select which product the model goes to?

Will the migrated model appears as a workspace in impCentral?

To clarify some more, I attached some screenshots below to show the entire Migration flow.

After you click on the Migration button, you will go through a step-by-step wizard before the actual migration happens. There are couple different options, e.g. you can migrate code only, migrate code and devices, delete the model after migration, receive an code archive and etc.

You will receive an email notification when the migration is completed. 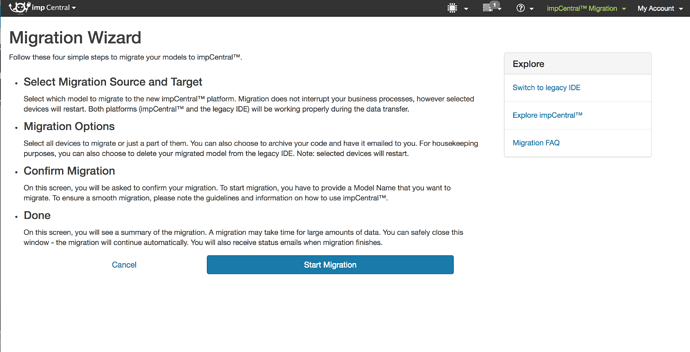 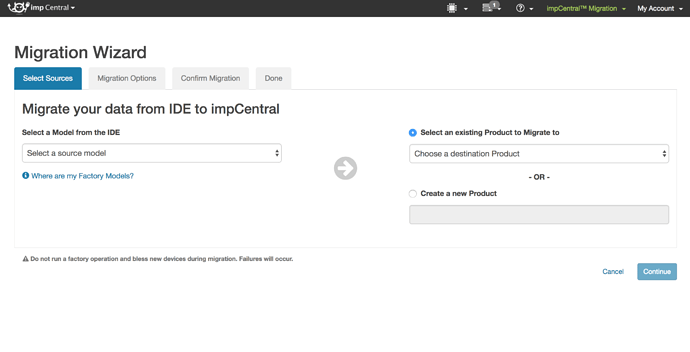 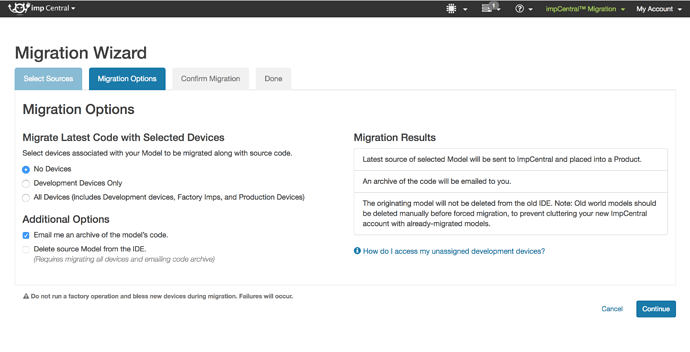 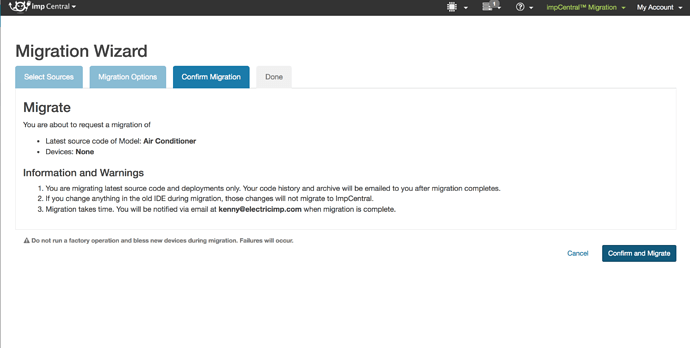 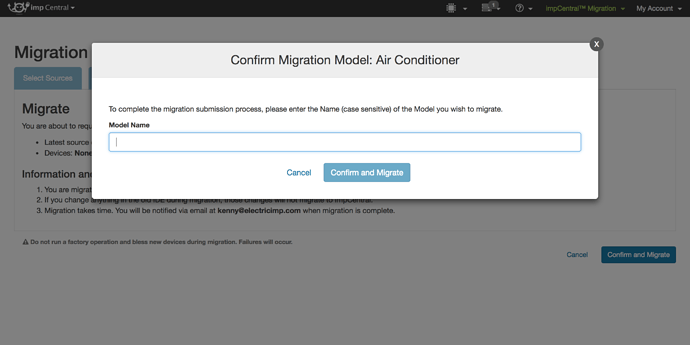 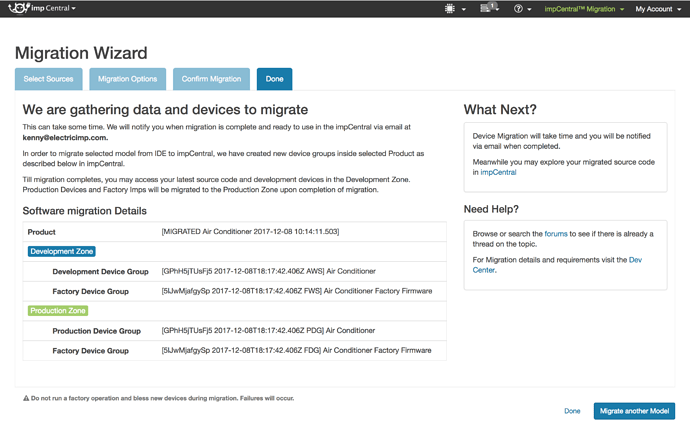 The screenshots are very helpful - thank you