Interfacing the Imp with RHT-03 (OneWire support) and IR Goodness

Thanks for the awesome work the devs are doing! Love the Imp!

I came upon this discussion, which mentions that:

megabyte October 2012 Can anyone comment as to when the "Bit-Bang Scripter" will be released so we can talk to OneWire devices directly? Hugo October 2012 It'll almost certainly be this year, but it's after some higher priority features like better UART support (callbacks), fixed rate sampling, running with wifi disabled, etc.

Is there any progress on OneWire support and on running with wifi disabled for the matter of fact?

Perhaps there’s a Beta release we can jump on?

Another question, which I’d like to ask is whether we’ll ever be able to Receive/Send IR codes? I’ve been able to accomplish this in Arduino-world with this library: 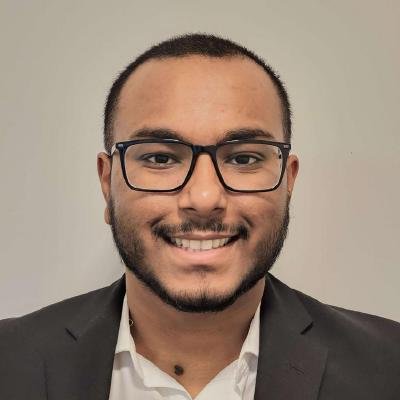 Waiting on the OneWire support myself… I hope their will be a wave of updates and tutorials (Xively!) in the weeks following the Maker Faire.

The Cosm -> Xively migration was very frustrating for me since we lost the ability to change the timeframe of the graphs (one day, two days, all time, etc.) Also, the data is now capped to 30 days max, which is not suitable for my needs.

I’m currently looking into Sen.se - hope they aren’t as greedy as LogMeIn

No onewire yet, but release-23 will be out this week which has the fixed rate DAC output and wifi off mode, so we’re on the way towards it

@Hugo - Thanks for the update! Looking forward to it!

I’d really love to see a public list, which outlines the releases by date, along with the feature-set for each one. This would really help us to manage our expectations and possibly save you from the inevitable “when is it coming out” question.

While we’re on the subject - when do you think OneWire support will come out? Also I’m guessing this will aid the adoption of IR send/receive libraries?

Thanks again and looking forward to the release!

You can do IR TX with release 23 as it’s properly gapless now; IR RX would really need a streaming DMA type of API for SPI in the same way as the sampler. You could use the sampler for it right now, but it’d be a bit painful.

No date on onewire I’m afraid, still a way down the list.

Thanks! I’m guessing that the docs will be updated accordingly once R23 goes live?

Any chance they could be posted a little early so we could see all the goodies that are a part of R23?

Has the fixed rate DAC, wifi off mode, shutdown handling, new wifi code and many many bug fixes

expectonlinein() //tells the server you’re going away, and when you’re expected back.
deepsleepfor/until() //is like sleepfor/until, but does not contact the server

hardware.wakereason() //Wake up is only on pin 1
WAKEREASON_POWER_ON Powered on
WAKEREASON_SW_RESET Restarted due to a software reset
WAKEREASON_TIMER Woken up after sleep time expired
WAKEREASON_PIN1 Woken up due to wakeup pin being active
WAKEREASON_NEW_SQUIRREL Restarted due to new squirrel code being loaded
If a pin-wake-up pulse narrower than about 20ms happens to coincide with an RTC wakeup, the hardware itself doesn’t let us distinguish them.

You can wake from pin1/rtc into wifi-off mode in about 60ms & wifi-off currently drawing about 3.5mA

Wake into wifi-off mode is now under 10ms, but the rest is about right

No onewire yet, but release-23 will be out this week which has the fixed rate DAC output and wifi off mode, so we're on the way towards it

We’ve delayed this release until some new server bits have been pushed out so that we can clearly see rel23 bugs vs server bugs. Still very soon!

Release 25 is rolling out now, see release post. About 12% of people are getting it on their next boot…

Thanks for the info!

About 12% of people are getting it on their next boot...